How I Got Hired by Plurk.com 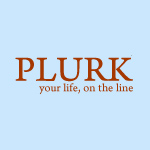 Hi everyone! I have awesome news – I just joined plurk.com. It's actually been almost two months since I've been with Plurk and so far it's been great. It's an interesting story on how I got hired and what I do there. I'll tell about it in more details in this post. Most important fact – I got hired thanks to this blog

But before I do that, let me briefly explain what Plurk is about. Plurk is a startup that focuses on online conversations. It's similar to Twitter, but done completely differently and if I may say it's done right. You send a message to a friend, come back after five hours and you can continue the conversation right there. Others can join the conversation at any time.

This is how Plurk looks:

I just answered to user's shlomif plurk about his new Perl module.

I think it was a short and sweet explanation of what Plurk is. Visit www.plurk.com to try it, and add me as your friend to start having real fun on Plurk. My nickname on Plurk is "pkrumins".

Now let's move on to the essence of the article.

How I Got Hired by Plurk.com

I first heard about Plurk in July. Kan, the founder of Plurk, had found my article on MySQL Tuning and decided to contact me. He had browsed my blog and he liked the good melange of different things that I posted about.

The way he approached me was completely different than of any other people interested in talking with me or hiring me. First thing that surprised me was that he found me via Skype and Google Talk at the same time. He probably did that to make sure he gets in touch with me. I had never given out my Skype username/gtalk email (but it's not hard to find), yet Kan took the time to find it. The second thing that surprised me was that he had also researched on me and found things like my polyphasic sleep experiment, which we discussed at length in one of our conversations.

With Kan it all took a different route. In our first conversation over Skype I explained that I had made a list of things to do on my own, and was not very interested in working for anyone. He said it was ok and that he just wanted to chit-chat and see what I was up to. Our first chat session lasted just one hour, but we managed to talk about a dozen of different things -- we talked about my current activities and my future plans on how I want to be a great hacker. Then we talked about Plurk's success, how it had become 5th fastest growing website on the net, and how it was praised to be the best communication service on the web. We also chatted about one of world's top hackers, and how useless the Brainbench certificates are (I had 52 of them), we discussed the people who work at Plurk and their accomplishments.

We'd continue chatting like this every few weeks, sometimes even day after day. Kan would always tell me something interesting. One time we'd talk about great generalist hackers like Max Levchin, Bob Ippolito and Gabriel Weinberg. The next time we'd talk how all the Plurk employees telecommute and how other companies do it. Then we'd talk about crazy Silicon Valley people who use startup drugs like Provigil. I could keep on going here forever.

I got more and more intrigued about Plurk but then, suddenly, one day Google sent me an email that they were interesting in hiring me. I told Kan about it but he was not very disappointed. Instead, our discussions shifted towards Google. Well, long story short, I did not get hired by Google and Kan had hypnotized me with his wisdom so I agreed to work at Plurk. Plus he wrote this:

Can't turn down loads of cash. And so I got hired on January 15th – almost 6 months later.

The lesson that I learned from Kan's method of hiring is to keep interest in the person you want to hire and occasionally talk with him/her, ask what he's up to, and tell some interesting things that you are expert in. If I ever gonna create my own startup, I'll use Kan's method of hiring.

Before getting hired I had a job interview at Plurk. It was done in a group chat with Kan and the previous Plurk's sysadmin Dima. The interview was more sysadmin oriented and it took 2.5 hours total.

Here are the job interview questions:

At this point I was totally tired and we ended the interview here. I got most of them right, except some MySQL questions, some LVM questions and some RAID questions. I did not feel well about not knowing answers to those, but after the interview Kan told me that he enjoyed the interview a lot. I was happy. :)

What do I do at Plurk?

My official job title is "hacker extraordinaire" and I am allowed to hack on anything that interests me at Plurk. So far I have managed to hack mostly on two things, but I have also helped with several smaller sysadmin things.

My first task at Plurk was to expand the collaborative translation platform that Plurk already had. Plurk has hundreds of thousands of users from all over the world and the collective intelligence they create can be used in many fascinating ways. One of the ways is to use their help to translate Plurk more dynamically. Instead of just asking users to translate new static strings, the system I created asks users to translate them on the fly. It can be used, for example, to translate system messages. Before a system message is sent to users, it's first sent to translators, and only after they translated it, it's sent off to all the users. If you are on Plurk and would like to help us with translations, visit "Plurk Collaborative Translation Project" to join.

While doing this project, I learned a bunch of new tools like ExtJS, Mako templates and Werkzeug.

The article about pipe viewer utility originated from me helping Plurk's sysadmin to backup a 500GB database.

We are just six that run Plurk. We all work remotely and each one of us is in a different country.

We are all very friendly and help out each other a lot. When we have some serious issues we all come to a group chat on IRC to solve them together. Otherwise we communicate via private plurks and Skype.

All of the Plurk is built using open source software -- Linux, MySQL, Python, Nginx, Haproxy, Nagios, Cacti, Memcached, Memcachedb, Tokyo Tyrant, and these are just the big names that I can remember off my head.

As a result we also want to give back to open source community and we have set up Plurk dev labs:

We have released our first project there called "LightCloud", that builds on top of Tokyo Tyrant to make it scale horizontally.

What Do People Think About Plurk? A Case Study.

After a few weeks at Plurk, I started inviting many of my FreeNode #perl friends to Plurk. Some of them were very skeptical and said things like "eww, another social website". Still, I somehow managed to get them on and suddenly their view changed. Here is what they said about Plurk after trying it for a couple of hours:

f00li5h, a Perl overlord from Australia:

Overall we are having tremendous fun at Plurk, all the Perl guys are schmoozing together, discussing everything about programming, cats and turtles. Come join us: Altreus, Caelum, iank, jawnsy, simcop2387, SubStack, whoppix and apeiron.

Here is a widget of my most recent Plurks:

Finally, if you are interested in working with me and other great hackers at Plurk, see the Jobs page and send your cv to jobs@plurk.com or kan@plurk.com.

Read more articles →
Thanks for reading my post. If you enjoyed it and would like to receive my posts automatically, you can subscribe to new posts via rss feed or email.
Python Library for Searching Adwords
Introduction to Low Level Bit Hacks