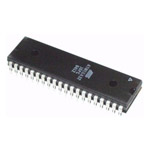 I decided to write an article about a thing that is second nature to embedded systems programmers – low level bit hacks. Bit hacks are ingenious little programming tricks that manipulate integers in a smart and efficient manner. Instead of performing operations (such as counting the number of 1 bits in an integer) by looping over individual bits, these programming tricks do the same with one or two carefully chosen bitwise operations.

Numbers in this article are 8 bit signed integers (though the operations work on arbitrary length signed integers) that are represented as two's complement and they are usually named 'x'. The result is usually 'y'. The individual bits of 'x' are named b7, b6, b5, b4, b3, b3, b2, b1 and b0. The bit b7 is the most significant bit (or in signed arithmetic - sign bit), and b0 is the least significant.

I'll start with the most basic bit hacks and gradually progress to more difficult ones. I'll use examples to explain how each bithack works.

If you like this topic, you can subscribe to my blog, or you can just read along. There is also going to be the second part of this article where I'll cover more advanced bit hacks, and I'll also release a cheat sheet with all these bit tricks.

Bit Hack #1. Check if the integer is even or odd.

I am pretty sure everyone has seen this trick. The idea here is that an integer is odd if and only if the least significant bit b0 is 1. It follows from the binary representation of 'x', where bit b0 contributes to either 1 or 0. By AND-ing 'x' with 1 we eliminate all the other bits than b0. If the result after this operation is 0, then 'x' was even because bit b0 was 0. Otherwise 'x' was odd.

See how AND-ing erased all the higher order bits b1-b7 but left bit b0 the same it was? The result is thus 1 which tells us that the integer was odd.

Now let's look at -43. Just as a reminder, a quick way to find negative of a given number in two's complement representation is to invert all bits and add one. So -43 is 11010101 in binary. Again notice that the last bit is 1, and the integer is odd. (Note that if we used one's complement it wouldn't be true!)

After AND-ing the result is 0. It means that the bit b0 of original integer 98 was 0. Thus the given integer is even.

In the previous bit hack we saw that (x & 1) tests if the first bit is set. This bit hack improves this result and tests if n-th bit is set. It does it by shifting that first 1-bit n positions to the left and then doing the same AND operation, which eliminates all bits but n-th.

Here is what happens if you shift 1 several positions to the left:

Now if we AND 'x' with 1 shifted n positions to the left we effectively eliminate all the bits but n-th bit in 'x'. If the result after AND-ing is 0, then that bit must have been 0, otherwise that bit was set.

Let's look at some examples.

This bit hack combines the same (1<<n) trick of setting n-th bit by shifting with OR operation. The result of OR-ing a variable with a value that has n-th bit set is turning that n-th bit on. It's because OR-ing any value with 0 leaves the value the same; but OR-ing it with 1 changes it to 1 (if it wasn't already). Let's see how that works in action:

The important part of this bithack is the ~(1<<n) trick. It turns on all the bits except n-th.

Here is how it looks:

The effect of AND-ing variable 'x' with this quantity is eliminating n-th bit. It does not matter if the n-th bit was 0 or 1, AND-ing it with 0 sets it to 0.

This bit hack also uses the wonderful "set n-th bit shift hack" but this time it XOR's it with the variable 'x'. The result of XOR-ing something with something else is that if both bits are the same, the result is 0, otherwise it's 1. How does it toggle n-th bit? Well, if n-th bit was 1, then XOR-ing it with 1 changes it to 0; conversely, if it was 0, then XOR-ing with with 1 changes it to 1. See, the bit got flipped.

What about the same value but 5th bit originally 0?

Notice something? XOR-ing the same bit twice returned it to the same value. This nifty XOR property is used in calculating parity in RAID arrays and used in simple cryptography cyphers, but more about that in some other article.

Now it finally gets more interesting!!! Bit hacks #1 - #5 were kind of boring to be honest.

Why does it work?

If you look at the examples and think for a while, you'll realize that there are two possible scenarios:

Here are some more examples:

Since bits bi-1 ... b0 are all 1's, adding one makes them carry this one all the way to bit bi, which is the first zero bit.

We have proved rigorously that this bithack is correct.

Let's prove it, though not as rigorously as in the previous bithack (as it's too time consuming and this is not a scientific publication). There are two cases again. Let's start with easiest first.

Here is the proof as a bunch of true statements. OR-ing x with x+1 does not lose any information. Adding 1 to x fills the first rightmost 0. The result is max{x, x+1}. If x+1 overflows it's x and there were no 0 bits. If it doesn't, it's x+1 which just got rightmost bit filled with 1.

There's a book 300 pages long entirely about bit hacks like these. It's called Hacker's Delight. Take a look. If you liked the contents of my post, then you'll love this book.

If you decide to play more with these hacks, here are a few utility functions to print binary values of 8 bit signed integers in Perl, Python and C.

Or you can print it from command line right away:

Have fun with these. I'll write about advanced bit hacks next. See you then!

Read more articles →
Thanks for reading my post. If you enjoyed it and would like to receive my posts automatically, you can subscribe to new posts via rss feed or email.
How I Got Hired by Plurk.com
Google Job Interview Questions