Video Lecture: From Nand to Tetris in 12 Steps 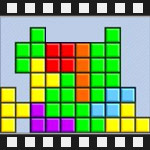 I watched another really great video lecture. It's called 'From Nand to Tetris - Building a Modern Computer From First Principles'.

At first I thought it was just a video lecture by some computer hobbyist, but it turned out to be a lecture about a new computer science course for both undergraduate and graduate students, developed by professor Shimon Schocken. The goal of this course is to teach students various levels of abstractions in computing by letting them build a computer from scratch and have it run a computer game.

This video lecture briefly explains all of these abstractions (except physics).

Before you watch the lecture (it's 1 hour long), you might first want to view a 10 minute introduction, to see if you're interested in this topic:

And here is the whole 1 hour lecture:

Moments from the lecture:

Great news about the course this lecture talks about is that you can actually take it on your own, if you buy Mr. Shimon's book The Elements of Computing Systems. The book covers all the 12 steps in building the computer.

Shimon makes the necessary software, such as HDL, the testing suite and other programs available on book's website.

The course goes under a few different titles, such as 'Digital System Construction', 'Elements of Computing Systems', and the same 'From Nand to Tetris', depending on university.

Apart from that, Professor Shimon Schocken mentioned a few famous computer scientists during his talk. I got interested, and wrote them down for your convenience:

Have fun getting smarter with each lecture and until next time.

Read more articles →
Thanks for reading my post. If you enjoyed it and would like to receive my posts automatically, you can subscribe to new posts via rss feed or email.
Theorizing from Data (Tech Talk by Peter Norvig)
Just One More Hack – Musical Geek Friday 7