Today is 4 years since I and my co-founder James Halliday have been working at Browserling Inc. I thought I'd share what I think are the top 10 inventions at our company.

The first two choices are obvious. They're our products Browserling and Testling. The next eight choices are useful and popular open source projects - browserify, dnode, ploy, seaport, airport and upnode, bouncy, hyperglue and hyperspace and hyperstream, cipherhub.

Browserling is our first and most successful commercial product. Browserling lets you interactively test websites in all the browsers - IE, FireFox, Opera, Chrome, and Safari.

Try it out at www.browserling.com! (Use Chrome) 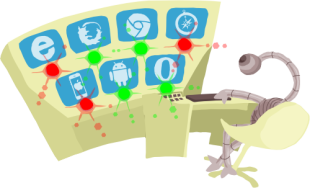 Testling is our second product. It lets you run cross-browser JavaScript tests on every git push. After the tests run, you get a badge that shows their status in all the browsers:

Browserify lets you use node.js modules from npm in your browser. It's a game-changer for front-end development.

Browsers don't have the require method defined, but node.js does. With browserify you can write code that uses require in the same way that you would use it in node.

Here's a tutorial on how to use browserify on the command line to bundle up a simple file called main.js along with all of its dependencies:

Install the uniq module with npm:

Now recursively bundle up all the required modules starting at main.js into a single file called bundle.js with the browserify command:

Browserify parses the AST for require calls to traverse the entire dependency graph of your project.

Drop a single <script> tag into your HTML and you're done!

We use browserify everywhere at Browserling. Browserling and Testling are built out of hundreds of small modules. They're bundled using browserify. If you look at Browserling's or Testling's source code, you'll see that there is just one source file bundle.js. All your Testling tests are browserified before run in the browsers as well.

Learn more about browserify at www.browserify.org.

Here's a tutorial on how to use dnode. First, create server.js that listens on port 5555 and exports transform function that converts its arguments to uppercase:

Then create client.js that connects to the server over dnode and calls the transform function:

When you run this, you get test => TEST as output.

We use dnode heavily at Browserling. All the processes communicate between each other using dnode. For example, we've a centralized authentication service that Browserling and Testling use. When someone signs up at Browserling, they can use the same login at Testling. Dnode makes that work behind the scenes. 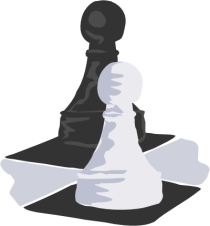 Ploy is our node.js deployment system. It includes a http(s) router, a git endpoint and a process manager all in one. You just git push your code at ploy, and it deploys it and runs the necessary processes. You can also manage staging branches and monitor process logs with it.

I recently wrote an in-depth article about how we deploy code at Browserling and Testling. It starts as a tutorial and then explains how we deploy our code in-depth. Read it!

Seaport is a service registry. Seaport stores (host, port) combos (and other metadata) for you so you won't need to spend so much effort keeping configuration files current as your architecture grows to span many processes on many machines. Just register your services with seaport and then query seaport to see where your services are running!

Then from your web server, connect to seaport and register your web service at seaport by calling ports.register():

Now that your web server has been registered at seaport, just ports.get() that web service from another program:

This program gets the web server's port, connects to it through request, gets response, and prints hello world. Port 9000 is the only port that you need to know in all of your programs.

We also use seaport heavily at Browserling and Testling. Browserling is built using many small services, such as stripe service for taking payments, stats for usage statistics, monitor for monitoring services, status for status.browserling.com, auth that's a centralized point for authentication, and many others. We don't even know what ports these services run on, seaport takes care of it.

Here's a tutorial on upnode. First create a server.js that exports the time function:

This program will connect to upnode server on port 7000, and keep printing the time every second. If you take the upnode server down, it will buffer the callbacks and they'll fire when the server is available again.

Airport provides an upnode-style dnode connections using service names from a seaport server (see invention #6 above). Instead of connecting and listening on hosts and ports, you can .connect() and .listen() on service names.

Here's a tutorial on airport. First start a seaport server on port 7000:

Then write a service called fiver that exports the timesFive function that multiplies its argument by five:

Now write a client that connects to the fiver service and calls the timesFive function:

This program outputs timesFive(11) : 55. In case the connection between the client and fiver goes down, upnode will buffer the callbacks until the connection is back.

Bouncy is a minimalistic, yet powerful http(s) router that supports websockets.

Here's a bouncy tutorial. Let's say you want to route route requests based on the host HTTP header to servers on ports 8001 and 8002. For every http request, bouncy calls function (req, res, bounce) { }, so you can inspect the req.headers.host and then call bounce(8001) or bounce(8002), like this:

The bounce(PORT) function redirects the connection to the service running on PORT.

I personally don't see myself using anything but bouncy for routing http(s) requests, including websockets. It's rock solid and has been used in production for many years. 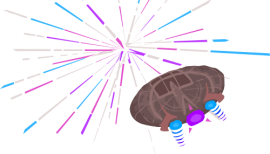 Hyperglue lets you update HTML elements by mapping query selectors to attributes, text, and hypertext both in the browser and node.js.

Here's a tutorial on hyperglue. Let's say you've an article template in article.html and you want to fill a .name, span .author, and div .body with data:

With hyperglue you can write the following code that will do just that:

The createArticle function will fill the article HTML template with data at the right selectors. As a result it will produce the following HTML, and it will append it to document.body:

The object returned by hyperglue also has an innerHTML property that contains the generated HTML, so you can also use it on the server side to get the resulting HTML:

The return value of hyperspace() is a stream that takes lines of JSON as input and returns HTML strings as its output. Text, the universal interface!

It's easy to pipe some data to the renderer:

To make the rendering code work in browsers, you can just require() the shared render.js file and hook that into a stream. In this example we'll use shoe to open a simple streaming websocket connection with fallbacks:

If you need to do something with each rendered row you can just listen for 'element' events from the render() object to get each element from the data set, including the elements that were rendered server-side.

Learn more about hyperspace at hyperspace's github page and the html streams for the browser and the server section of Stream Handbook.

And you want to stream HTML from files a.html and b.html into selectors #a and #b. You can write the following code using hyperstream:

And it will do just that! You'll get the following output: 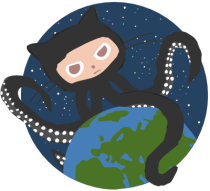 Cipherhub is our secure communications tool. It can be frustrating and annoying to communicate with somebody using public key cryptography since setting up PGP/GPG is a hassle, particularly managing key-rings and webs of trust.

Luckily, you can fetch the public ssh keys of anybody on GitHub by going to:

If you just want to send somebody an encrypted message out of the blue and they already have a GitHub account with RSA keys uploaded to it, you can just do:

And it will fetch their public keys from GitHub, storing the key locally for next time, and output the encrypted message. You can now send this message to your friend over IRC and they can decode it by running:

Just recently we used cipherhub to send company's credit card information over IRC and I loved how easy that was.

We can also be contacted over email at hello@browserling.com.

Read more articles →
Thanks for reading my post. If you enjoyed it and would like to receive my posts automatically, you can subscribe to new posts via rss feed or email.
How to save read-only files in vim
How to run the previous command with sudo quickly