A proof that Unix utility sed is Turing complete

Christophe offers his own introduction to Turing machines and a description of how his sed implementation works in his article Implementation of a Turing Machine as a sed Script.

To run this program save it to a file (download increment.tm) and run it through turing.sed as following:

You'll get the following output:

The output shows the state and tape changes as the program is executed. When it's done, the final state F is reached and the computation process terminates producing 10011000 (152) as a result, as expected.

Christophe isn't the first person to realize that sed is almost a general purpose programming language. People have written tetris, sokoban and many other programs in sed. Take a look at these: 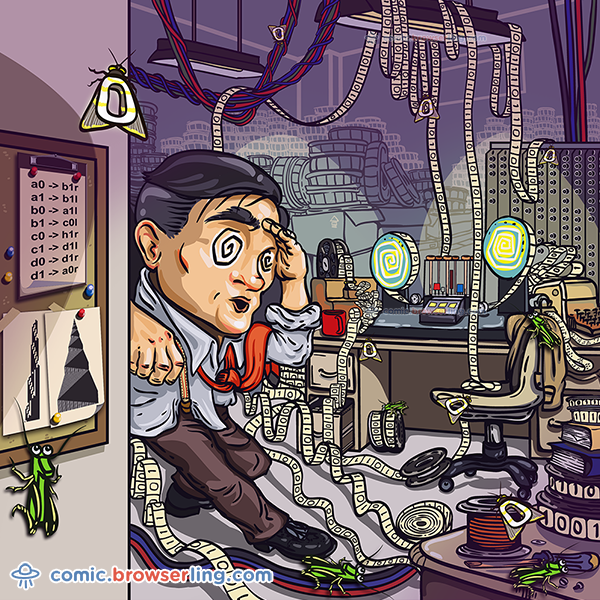 I'm a huge fan of Unix tools and I wrote a fun little book about sed called Sed One-Liners Explained. If you don't know sed yet and want to learn it, my book teaches it through 100 practical and well-explained examples. As you work through them you'll rewire your brain to "think in sed." In other words, you'll learn how to manipulate the pattern space, hold buffer, input stream and output stream and you'll know how to get the results that you need. Take a look!

I'll be writing many more interesting articles about Unix utilities and computation. Stay tuned and until next time!

Read more articles →
Thanks for reading my post. If you enjoyed it and would like to receive my posts automatically, you can subscribe to new posts via rss feed or email.
Here is why vim uses hjkl keys as arrow keys
The curious case of the DES algorithm