My new workstation for the next two years

I love to work fast and get things done quickly. I always need newer and fast computers so I just built a new workstation. It's super cheap but very fast. I'll use it for the next two years, then convert it to a test machine or a random server, and get a faster workstation again. My budget for this build was $2,000 but I managed to get a great build for $1,500. 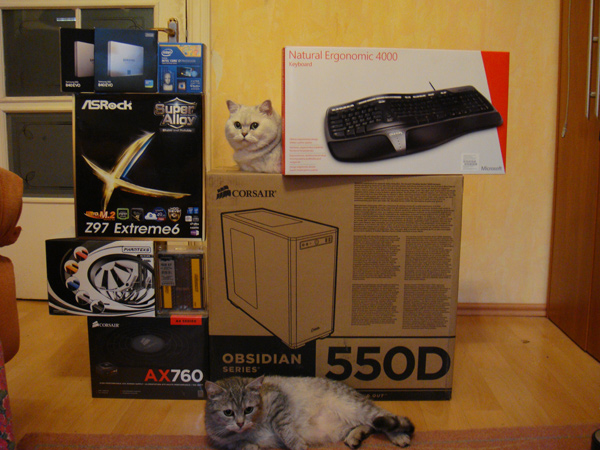 Here's the build that I got:

I created an Amazon list containing all these computer parts if you want to quickly buy them. I also created a PC Part Picker list.

At first I was thinking of going with the latest Intel's X99 chipset and the latest 22 nanometer Haswell-E architecture 5960X processor (8 cores) but after some research I decided to go with the Z97 chipset and 22nm Haswell 4790k processor (4 cores).

The new X99 chipset only supports DDR4 memory. DDR4 is just still too new and expensive, and it doesn't run much faster than DDR3 in real world applications. The 5960X has a base clock speed of 3Ghz but the 4790K runs at 4Ghz. 4790K outperforms 5960X by a huge margin in single threaded applications because of this extra gigahertz. It's actually the top #1 CPU in single threaded benchmarks, beating all Xeons, and other CPUs. And it overclocks like a beast to 4.7Ghz and more with no problems. 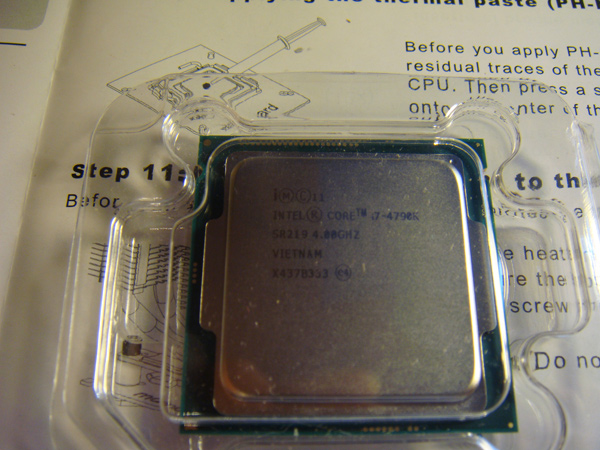 Intel i7 4790K processor in its original plastic package.

I chose the ASRock z97 Extreme6 motherboard. According to Tom's Hardware this motherboard leads the performance per dollar chart. Unlike other motherboards in the $150 range, this motherboard has the high quality 12K capacitors and a 12-phase electric power circuit for the CPU. It was a no brainer to go with this board at this price. 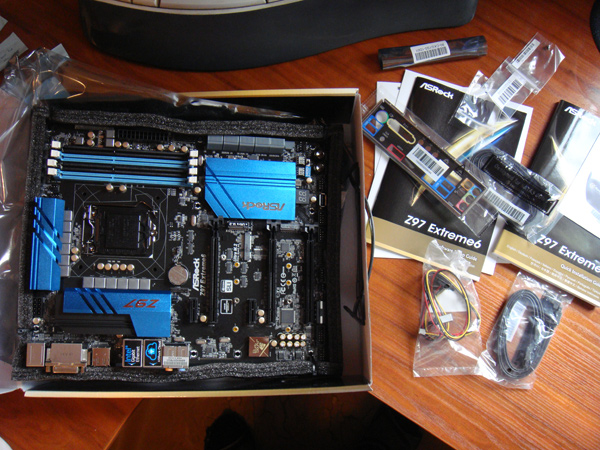 My build has no graphics card because I don't play games and the 4790K has an integrated graphics processor (Intel HD Graphics 4600). Intel 4600 supports up to 3 screens and ASRock's Exteme6 motherboard has exactly 3 video outputs HDMI, DVI and Display Port.

Choosing the memory was very simple - the cheapest 16GB 1866Mhz DDR3 memory with 9ns CAS latency, which at the purchase day happened to be Crucial Ballistix Tactical BLT2KIT8G3D1869DT1TX0. There is no point in going with more expensive DDR3 memory (such as 2133Mhz memory or faster) because the benchmarks show that as the frequency goes up (to 2133Mhz or faster), the latency goes down (to 11ns or slower) and you don't get any benefits in real world applications. The synthetic benchmarks (raw write/read) show an increase, but the real world applications don't work that way and you get no benefits. 1866Mhz CL9 is the speed you want to go with with DDR3. 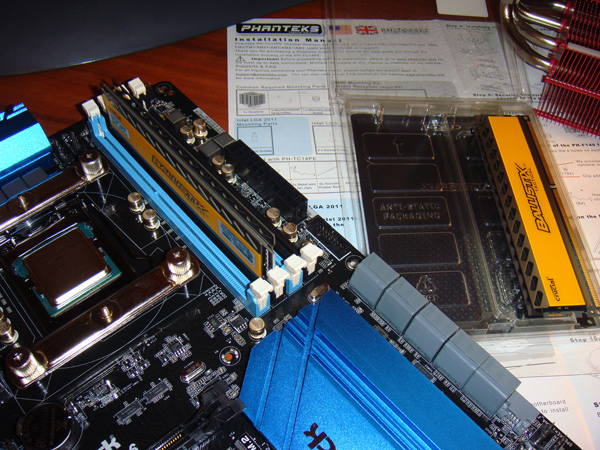 For cooling I went with the top ranking air-cooling beast Phanteks PH-TC14PE. I like to think that a cooler processor computes faster and has a longer life span. Unfortunately, my Phanteks cooler arrived scratched, dirty and with someone else's fingerprints. The package had thermal paste smeared on it as well. It looks like Amazon messed up and put a returned cooler back on sale. I didn't have time to return it, cleaned it up and went ahead with the build. 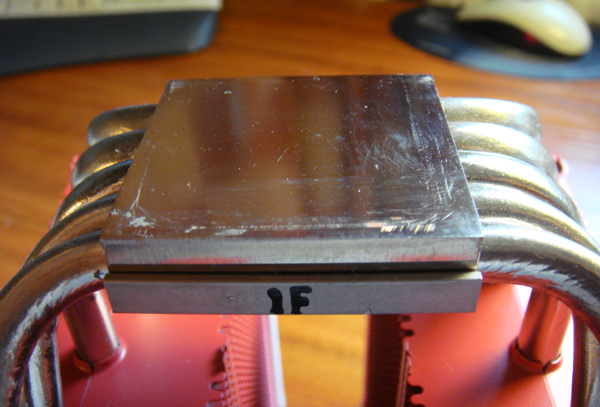 Mounting it on the motherboard wasn't easy. The spring screws simply wouldn't align properly and it took me more than 5 attempts to get it secured to the board. Perhaps that's why it was so scratched when I got it. The previous owner couldn't attach it to the board as well. Also the instructions were very confusing and I mounted the fans the wrong direction. 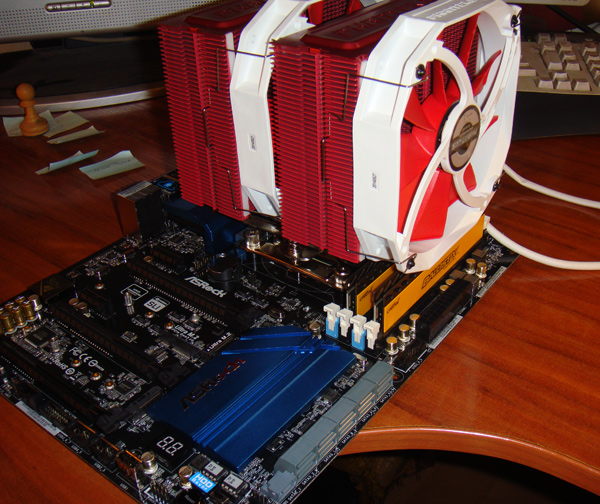 For my next build, I'm going with the Noctua NH-D15 cooler. The benchmarks show Phanteks and Noctua perform equally. I tried Phanteks, was disappointed and now you, Noctua, have my attention.

I'd never go with water/liquid cooling though (such as Corsair H100i) because liquid systems need too much maintenance and they can leak if installed improperly. Even if installed properly, a liquid cooler can start leaking or it can have micro-leaks that will slowly cause problems down the road. I don't want to deal with these sorts of problems and I don't want to do any maintenance once my computer is under the desk. Once the computer is under the desk, it's under the desk and I'm pretty much not touching it ever again.

For the PSU, I went with Corsair AX760. It has brilliant engineering and is considered to be one of the best PSUs. It's also very expensive, currently priced at $180. Corsair AX760 is a 760 Watt 80+ Platinum Certified PSU. When you're building a professional workstation, the PSU is the one thing you don't save money on and go all in. 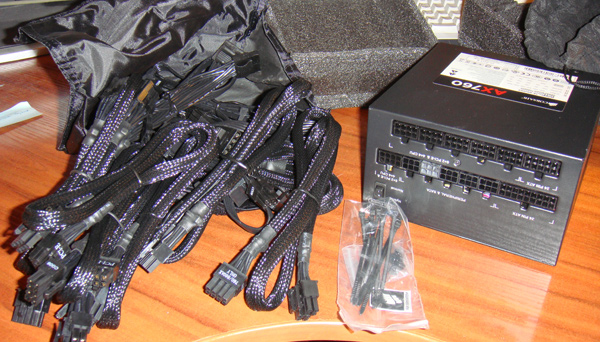 Corsair AX760 is the PSU you want to go with when building a PC. It's modular, silent and super efficient.

I know 760 Watts is an overkill for a workstation that consumes 250 Watts at most but there aren't lower power Corsair AX-series PSUs. I'd have gone with 400W or 500W if there was one from Corsair. Corsair has a good reputation for the AX-series PSUs and I didn't want to try something new or less tested.

I can't recommend Corsair AX760 highly enough. Corsair AX760 produces extremely low current ripple and current noise levels. Your motherboard, cpu and drives will love it. This is the PSU you're going with if you're building a similar PC.

Now talking about the hard drives, I messed up. I intended to go with Samsung 840 PRO 250GB drives, but I accidentally got Samsung EVO 840 250GB drives. Notice difference? PRO vs EVO.

I chose the drives based on The SSD Endurance Expriment. It shows that you just can't wear a Samsung 840 PRO. It's still kicking after 2PB of writes, while other drives in the experiment died at 800TB. I went on Amazon to get Samsung 840 PRO drive but didn't know there was EVO too, so I probably typed Samsung 840 in Amazon and ordered the first drives I saw. I just discovered this as I was writing this blog post. I thought I had the PROs until this moment.

I chose two identical drives for the system. I always go with multiple drives to prevent data loss in case of a failure. For this workstation I configured the drives in RAID1 (mirror). If one of the drives fails, I'm safe. 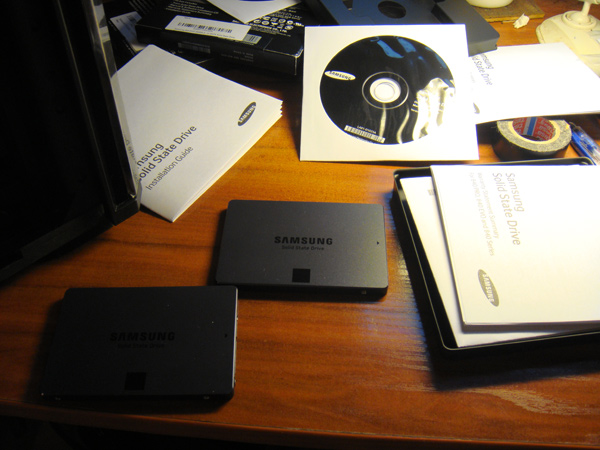 I've moved away from regular spinning HDDs for workstations. They're just too slow. My system boots in less than 10 seconds with the SSDs. The latest Intel Rapid Storage Technology's RAID drivers can read data from both drives in RAID1 mode, effectively doubling the read speed. I get 1GB/s read speed on my simple Samsung 840 EVO RAID array. 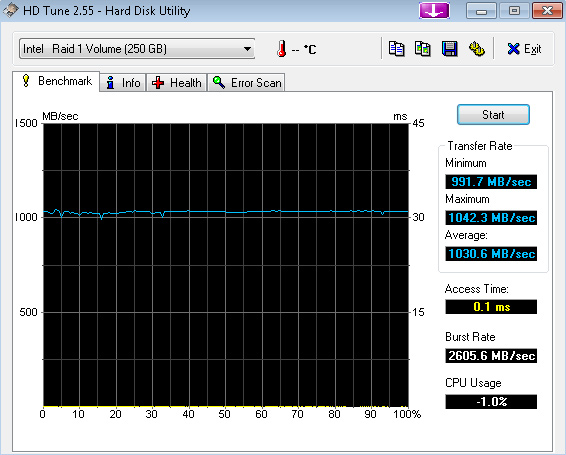 I still use HDDs for my Linux file server. They run in RAID6. I store terabytes of data of projects, random data (stuff), and data from the workstation. The data is shared as network drives on Windows via Samba. But that's another story.

Choosing the PC case was the hardest part. The PC case makers have all gone insane designing crazy cases with windows, buttons on top panel, RGB lights, weird shapes, and other garbage. I don't get it. A PC case should be a closed rectangular box with the power and reset buttons in the front because once I throw it under the table, it's there to stay forever and I need to easily access the buttons from the front.

It took me forever to find a case that I liked. After reading many reviews I decided to go with the quiet Corsair Obsidian 550D case. 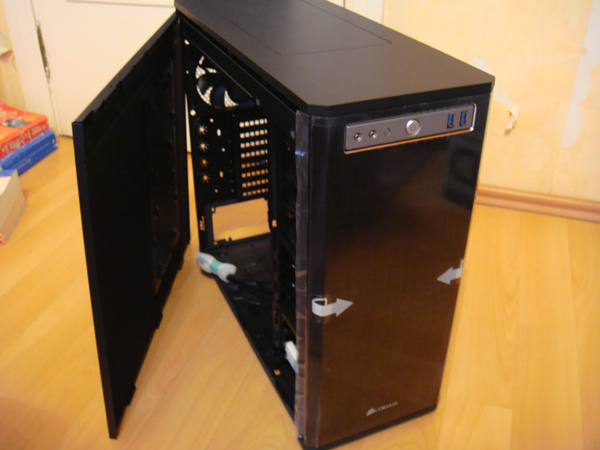 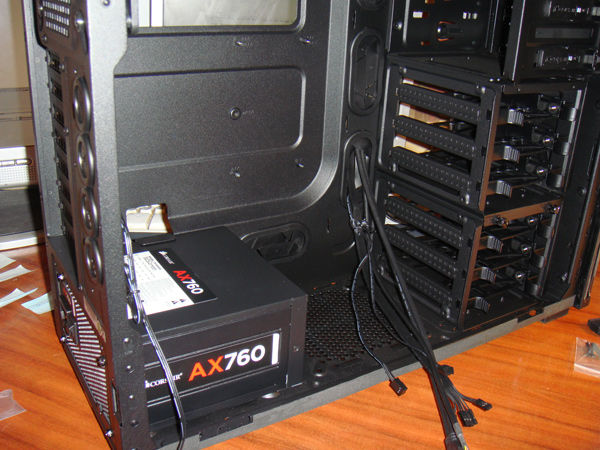 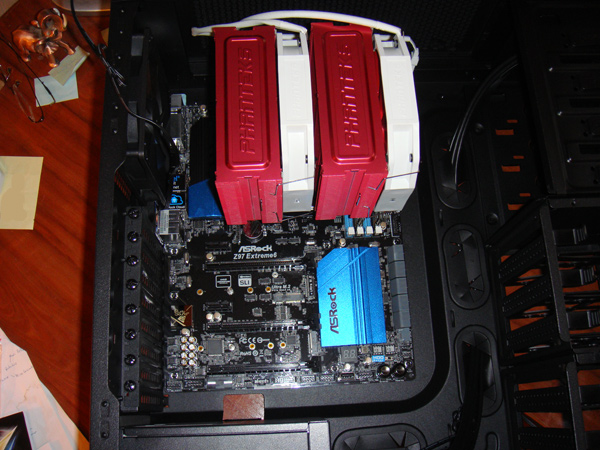 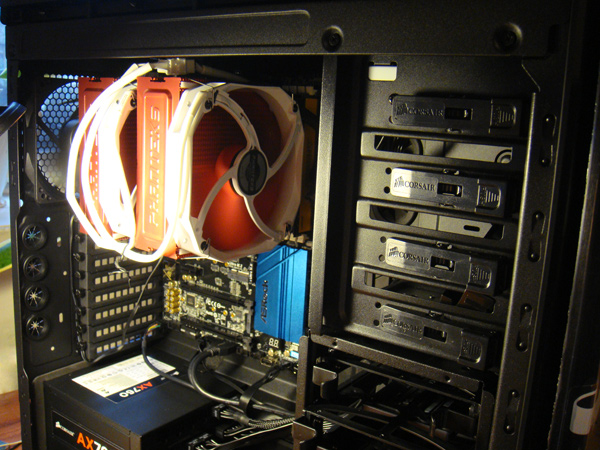 It's working! (Phanteks fans mounted in the wrong direction.)

After a closer look, I don't think I like this case. For $150 the quality just isn't there.

Here are examples of the poor quality.

Uneven front-panel USB ports with very sharp edges. So sharp you can cut fingers on the edges! Lowest quality USB ports I've ever seen on any front panel. 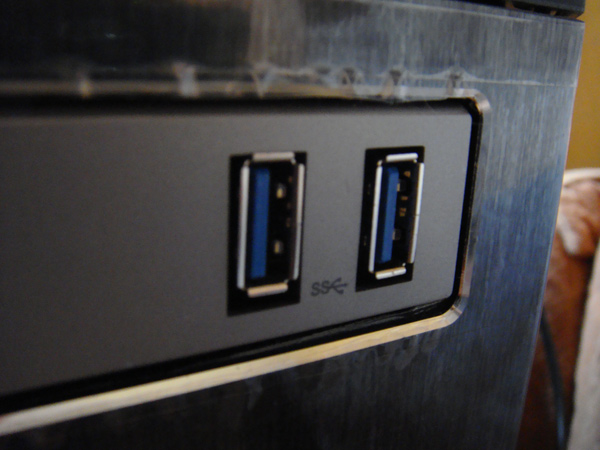 Misaligned front USB-3 ports. Sharp too. You can cut your fingers. 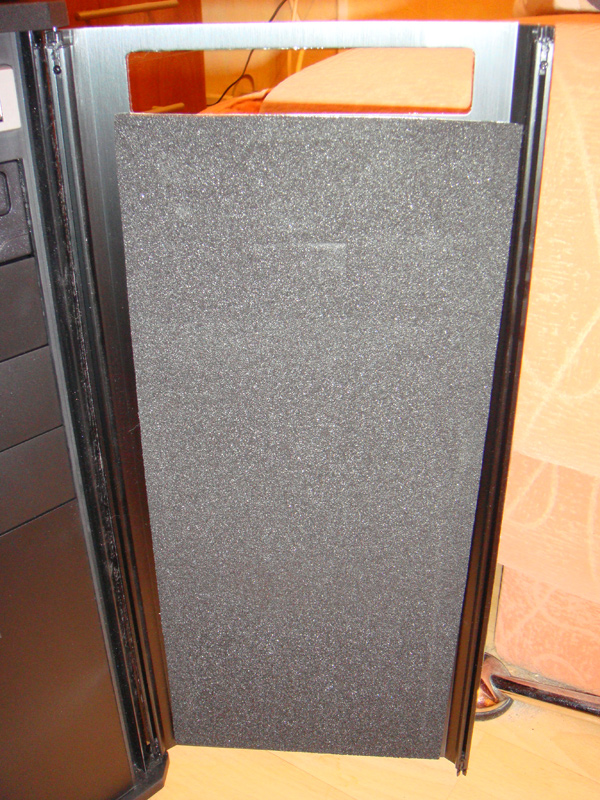 Obsidian's sound isolating material goes an inch to the right on the inside of the front panel. 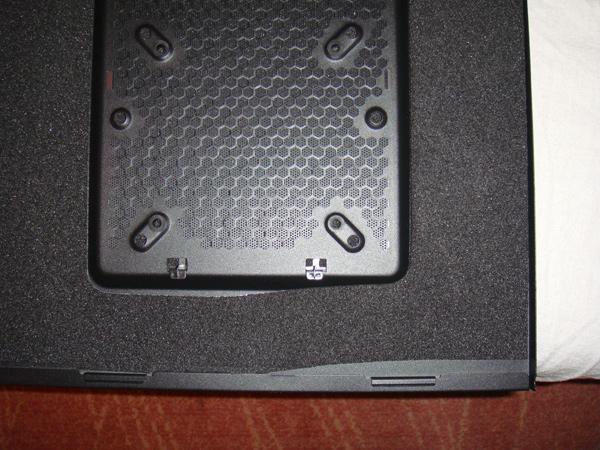 Uneven cuts in the side panel's isolating material.

This shouldn't pass QA for a $150 case. I don't like this at all but I don't really care as once I throw it under my desk, it's there to stay and I won't ever see it again.

Finally the extra bottom intake fan. Noctua NF-A14 140mm PWM Premium Fan. Impressive fan quality for an impressive price of $25. I'd pretty much buy everything from Noctua if they manufactured all the computer parts. 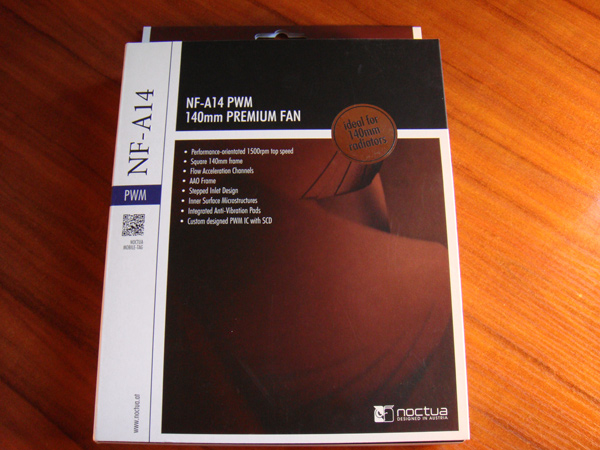 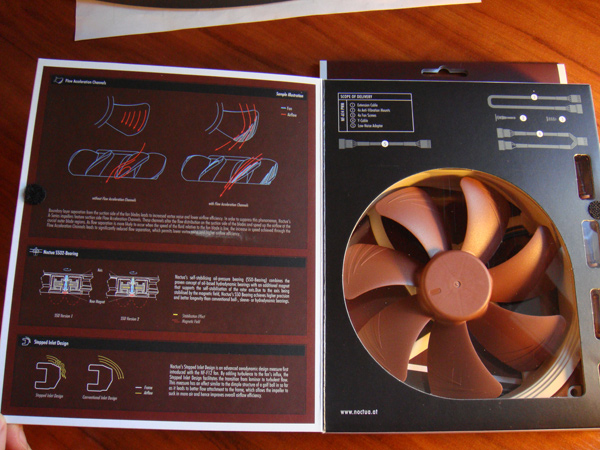 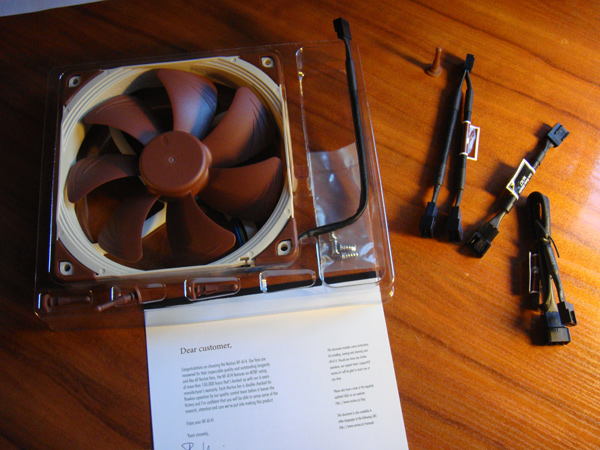 Noctua NF-A14 fan unpacked. With a thank you note from the CEO.

The computer started working right away after I powered it up. 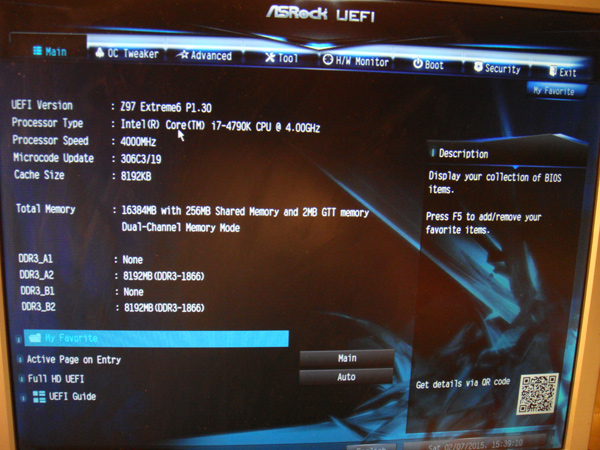 Booting into ASRock z97 UEFI BIOS for the first time. It's working!

Here are some additional pro-tips if you're building your own PC. The very first thing what you always want to do is to enable XMP and load the fastest memory profile. 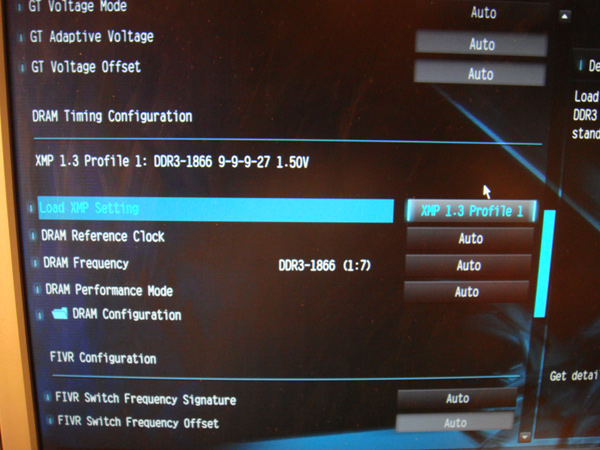 The memory chips come with factory pre-configured XMP profiles so why stick with the default values when you can get extra performance for free.

After you've setup your computer and installed the software, the next thing you probably want to do is overclock the CPU. I overclocked this PC to 4.7Ghz at 1.32V. If you're not overclocking, you're losing out on free computing power. I just got a free 17.5% performance increase over the base speed of 4.0Ghz. Modern motherboards let you do so with a single click. 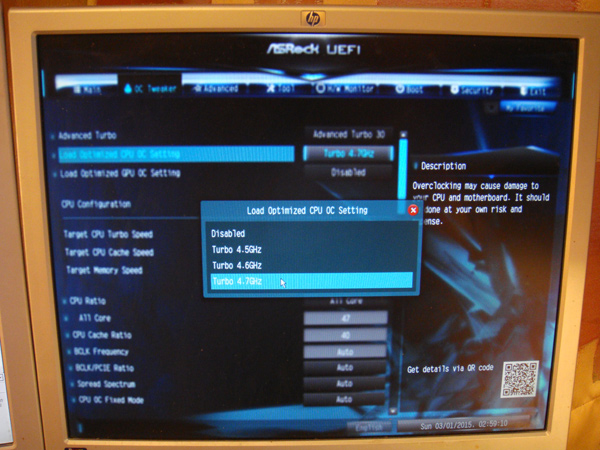 ASRock Z97 Extreme6 lets you overclock Intel's 4790k to 4.7Ghz with a single click from BIOS. 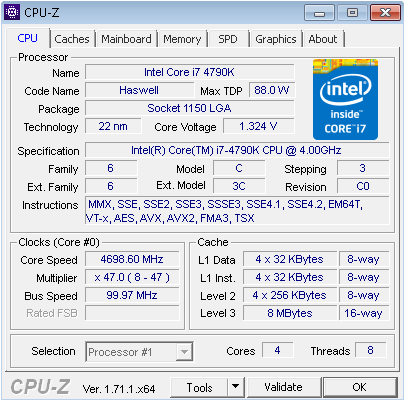 As a bonus I got a new Microsoft Natural Ergonomic 4000 keyboard. Because you just can't code without it. If you're programming without this keyboard, then you're doing it wrong. 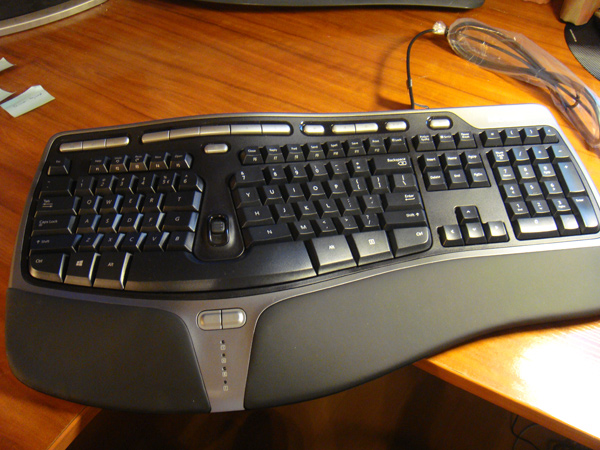 My next upgrade is going to be in about two years and I'll probably go with Intel's new Skylake platform. It's going to be very exciting. 14nm lithography!

Read more articles →
Thanks for reading my post. If you enjoyed it and would like to receive my posts automatically, you can subscribe to new posts via rss feed or email.
Unsuccessful login rate-limiting
We've launched a public support forum for Browserling