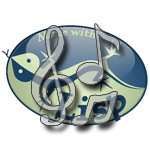 This song is written by Bob Kanefsky and is performed by Julia Ecklar. It's a parody of another song of hers - "God Lives on Terra".

The song is about a question which programming language God could have used to create us?

God had a tight 6 day deadline to create the world, so he had to make a smart decision which language to use. Some folks say that it could have been C++ or C, but these languages are out as God would not have been able to even count grains of sand with 32-bit integers! Others say it could have been Fortran, Java, COBOL or even APL. But we all know the truth...

God wrote the world in Lisp!

Here it is! The God Wrote in Lisp song:

If you liked this song, it's included in a music CD "Roundworm" which contains parodies about Star Trek, dead cats, Lisp programming (this song), and everything in between!

Here are the lyrics of The Eternal Flame (God Wrote in Lisp) song:

I was taught assembler in my second year of school. It's kinda like construction work — with a toothpick for a tool. So when I made my senior year, I threw my code away, And learned the way to program that I still prefer today. Now, some folks on the Internet put their faith in C++. They swear that it's so powerful, it's what God used for us. And maybe it lets mortals dredge their objects from the C. But I think that explains why only God can make a tree. For God wrote in Lisp code When he filled the leaves with green. The fractal flowers and recursive roots: The most lovely hack I've seen. And when I ponder snowflakes, never finding two the same, I know God likes a language with its own four-letter name. Now, I've used a SUN under Unix, so I've seen what C can hold. I've surfed for Perls, found what Fortran's for, Got that Java stuff down cold. Though the chance that I'd write COBOL code is a SNOBOL's chance in Hell. And I basically hate hieroglyphs, so I won't use APL. Now, God must know all these languages, and a few I haven't named. But the Lord made sure, when each sparrow falls, that its flesh will be reclaimed. And the Lord could not count grains of sand with a 32-bit word. Who knows where we would go to if Lisp weren't what he preferred? And God wrote in Lisp code Every creature great and small. Don't search the disk drive for man.c, When the listing's on the wall. And when I watch the lightning Burn unbelievers to a crisp, I know God had six days to work, So he wrote it all in Lisp. Yes, God had a deadline. So he wrote it all in Lisp.

Read more articles →
Thanks for reading my post. If you enjoyed it and would like to receive my posts automatically, you can subscribe to new posts via rss feed or email.
Learning Python Design Patterns Through Video Lectures
The Day the Routers Died – Musical Geek Friday 6