Interview with me and James Halliday (by David Weekly)

I was interviewed by David Weekly recently on 2011-03-19. I copied the interview here in case David's website changes. It was an audio podcast with me and James Halliday.

Original link to the interview.

David Weekly interviews James Halliday and Peter Krumins, the CEO and CTO (respectively) of the newly-established Browserling, a browser testing firm in which David made his first angel investment. (The interview was done a mere hour after closing the round!) James describes his drive down from Alaska to the Bay Area to pursue funding for his startup and Peter describes his childhood with computers and his meeting James on IRC.

Here's a pic we took on the investment day: 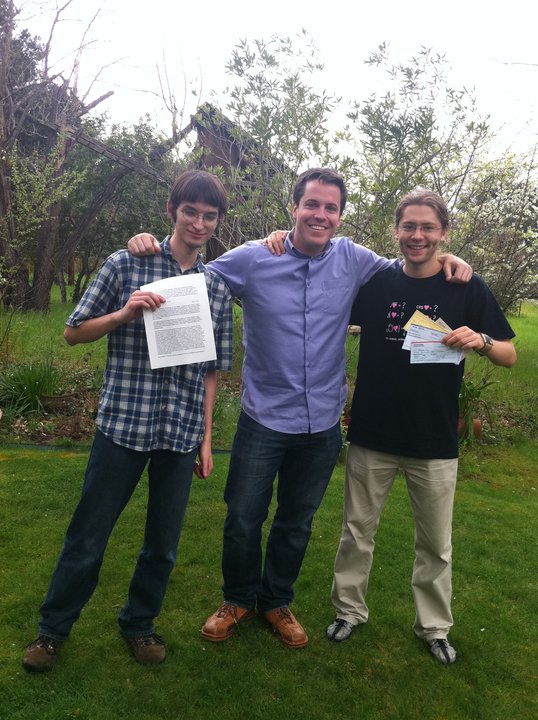 Here's the transcription of the interview:

Read more articles →
Thanks for reading my post. If you enjoyed it and would like to receive my posts automatically, you can subscribe to new posts via rss feed or email.
Why chmod text modes are more powerful than octal
A TCP Proxy in Perl