How to Save Time by Watching Videos at Higher Playback Speeds 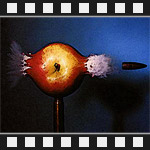 This is going to be a small, technical tutorial on how to save a lot of time by watching videos at higher playback rates.

I first read about this idea from my most favorite personal development blog at Steve Pavlina.com. In his post "Overclock Your Audio Learning" he says that he occasionally listens to audios at 4.1x. At this speed 4 hour video/audio can be listened in less 1 hour!

I personally found it impossible to understand anything at 4x speed. My optimal listening speed is 1.65x - 2.1x.

To speed up the videos you will first need to download and install AviSynth. AviSynth is kind of a video programming language with which you can do all kinds of manipulations to videos programmatically. If you are on Windows, then during the installation make sure to associate .avs file extension with Windows Media Player and not Notepad.

Next, create this AviSynth script, and place it in the same directory as your video. Name the script as "speedup.avs" or something similar. Make sure the extension is ".avs" if you are on Windows!

There are three variables that you can change in this simple script. The first is "file". It should be the filename of the video you are about to watch. The next is "speedup". It's the new playback rate, you may set it to any value you want. For example, if you set it to 2.0, then the video will play twice as fast as it normally would. And the last parameter to change is the "pitch". You may change it to something lower than 100 when the video plays at higher speeds to make the speaker sound lower. I usually keep "speedup" at 1.65 and "pitch" at 75.

Once you have made your own configuration, just double click the .avs on Windows to play it at the new playback speed, or play it through mplayer on Linux!

Update: My blog readers bobb and crb suggested two new techniques on how to watch videos faster. Bobb suggested just to use mplayer. Turns out it already has an option to play videos faster!

Crb suggested to use MySpeed™ Plug-In for YouTube to speed up video on YouTube in real time.

After a few minutes of listening at higher speeds, try going back to listen at 1x. It will seem incredibly slow because your mind will have adapted to the faster input rate.

Do you have any other techniques to speed up videos? Let me know and until next time.

Read more articles →
Thanks for reading my post. If you enjoyed it and would like to receive my posts automatically, you can subscribe to new posts via rss feed or email.
Awk One-Liners Explained, Part III: Selective Printing and Deleting of Certain Lines
Sed One-Liners Explained, Part III: Selective Deletion of Certain Lines and Special Applications