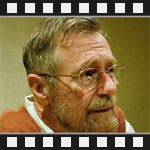 I found a great video interview with Edsger Wybe Dijkstra. You have probably heard of Dijkstra's algorithm. He invented it.

In the interview professor Edsger talks about his thoughts on software development. He compares two very different styles of programming - Mozart style of programming vs. Beethoven style of programming. When Mozart started to write, the composition was finished. He wrote manuscript in elegant handwriting in one go. Beethoven was a doubter and a struggler. He started writing before he finished the composition and then glued corrections onto the page. In one place he did it nine times. When they peeled them, the last version proved to be identical to the first one.

From the video one can understand that Edsger preferred Mozart's style of programming. Not just programming, but Mozart style of doing things. He says that the most important thing has been the daily discipline of neatly writing down his thoughts.

His daily discipline lead to hundreds of crystal clear scientific papers, which have now been archived in EWD Archive.

You are welcome to watch interview with Edsger Dijkstra:

At the beginning of video Dijkstra criticizes current software release methodology. He says that version 1.0 of should be the finished product. I don't think he's right. It's like Tannenbaum saying Torvalds that Linux is obsolete. Also see "Release Early, Release Often."

I found a funny poster of Dijkstra: 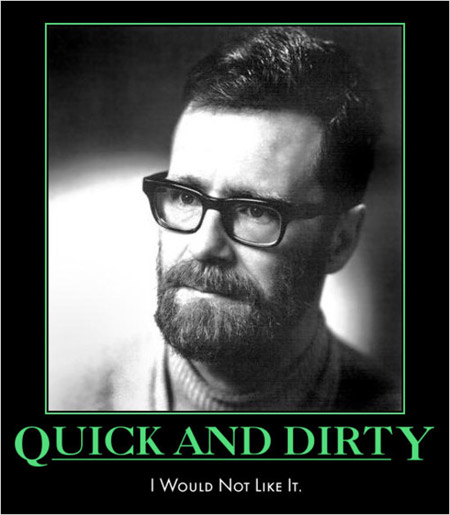 Read more articles →
Thanks for reading my post. If you enjoyed it and would like to receive my posts automatically, you can subscribe to new posts via rss feed or email.
10 Awk Tips, Tricks and Pitfalls
Difference Between Edsger Dijkstra and Larry Wall