We just launched real Internet Explorers for Browserling. They include IE6, IE7, IE8 and IE9. The free plan includes IE9 and our paid plan lets you use IE6, IE7 and IE8. Before this upgrade we were using IETester as a replacement for IE{6,7,8}, which was super buggy and we had a lot of complaints about not having real IEs. So now we have them!

Here are the screenshots of IE versions that we run. 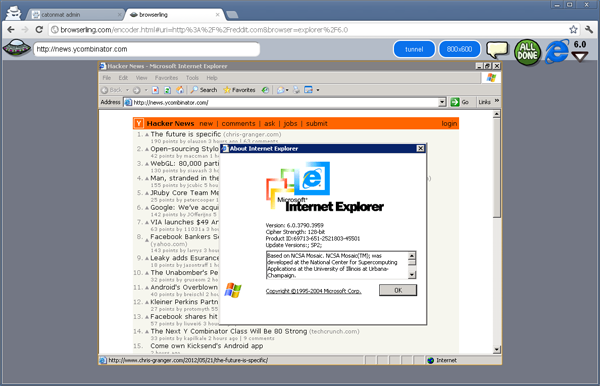 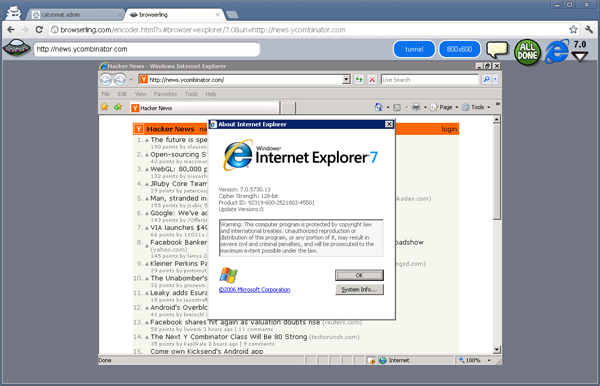 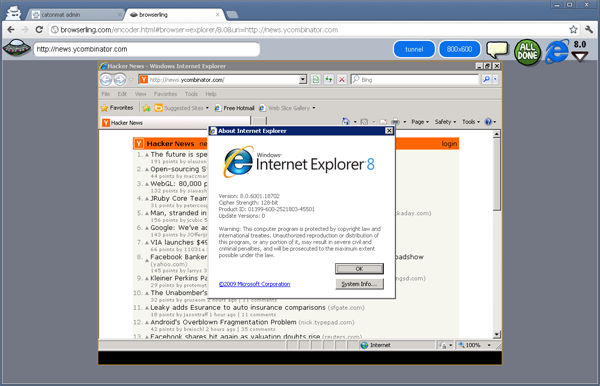 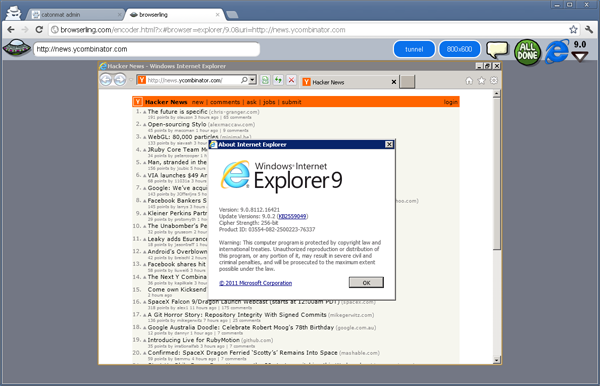 Browserling is an interactive cross-browser testing tool. It lets you test your website in older Internet Explorers such as IE 6, IE 7, IE 8 and IE 9, Firefox, Chrome, Opera and Safari!

Read more articles →
Thanks for reading my post. If you enjoyed it and would like to receive my posts automatically, you can subscribe to new posts via rss feed or email.
Introduction to Perl one-liners
Browserling reaches 100 paying customers